Are you expecting twins?

In that case, you have probably already encountered people who have scary stories to tell you.

When I was pregnant with twins many people were very supportive and encouraging. But there were also people, even random people in the grocery store line, who would have yet another scary thing to tell me about having twins.

Luckily I didn’t let them get to me.

Of course, I knew things were not going to be easy. But I was also aware that sometimes our mind plays tricks on us. A situation that originally seems too threatening or too difficult to handle turns out to be less of a big deal than we might have first thought.

So what are the most common misconceptions about having twins? And what about the benefits?

Read on to find out!

“They won’t take naps at the same time”

In most cases, this is only a short-term stage that will eventually pass.

Once I understood the importance of routine in children’s lives, I stuck to it almost rigorously. And it worked wonders.

Before our boys started sleeping in their own room, they usually took their naps in a swing, a rocker, or even their car seats.

Once they got comfortable sleeping in their own cribs, things got a lot easier.

There still may be times when one of our twins doesn’t seem as tired as the other one. In that case, I do one of two things:

Believe it or not, it works.

To this day my boys take a nap at the same time and both follow the same bedtime routine.

“Having twins is expensive”

Having two babies at once means a bigger investment upfront. But it is no different than having more than one child in the family. Plus, the upside is that many of the things will be shared.

Yes, you’ll have to make some adjustments, sacrifices even, but perspective is the key.

Maybe you’ll have to skip that morning latte from Starbucks for a few years (which is not the best habit for your finances anyway). But as a result, you might find the perfect coffee blend to make at home.

It is a matter of perspective.

And it absolutely comes down to your lifestyle.

In our case, neither I nor my husband is a big spender. There are many ways we save money, such as cooking at home instead of eating out, we avoid impulse shopping, by all means, we use Sling TV instead of cable and so on.

But a great thing about having twins is that everybody wants to help you out!

If your family and friends are anything like ours, you’ll receive a great amount of support from boxes of used clothes to a year of subscription diapers!

Therefore I try my best to pay it forward now.

“You need two of everything”

Again, this really depends on what your lifestyle and buying choices are.

Of course, you need two of the basic items such as cribs, car seats, a double stroller instead of a single, etc. But these days there are buying options for every budget.

One thing to remember is that baby items are quite bulky. They take a lot of space, therefore having two of everything is not practical. Unless you live in a big house with a lot of room to play with.

When it comes to baby gear such as swings, bouncers, baby bath, changing table, etc. you really don’t need two of each! We switched our babies between a swing and a rock ‘n’ play when needed. We used only one play mat for both of them to encourage sibling interaction.

It is better to buy less at the beginning and find out what you need along the way. That way you don’t overspend on items you will rarely use.

“You won’t have enough milk for two”

I don’t think that many people believed I was going to be able to breastfeed twins.

Many people kept warning me that I shouldn’t have high expectations.

And even though I did go through a series of difficulties at the beginning, I was able to exclusively breastfeed within three months of the twins birth.

So if you are planning to breastfeed your twins, don’t let anyone discourage you!

Read as much as you can about breastfeeding, make sure to take a breastfeeding class while in the hospital and reach out to anyone who you know has had a breastfeeding success. Experienced moms are usually very willing to help other moms!

“They will always run in different directions”

Well, how is this different from having more than one child anyway?

Both children might be interested in slightly different things. But when going outside, encourage rules to keep everybody safe while still having a good time.

On top of that, there is a good chance one of your twins will prefer to hold your hand while outside. It is the case in our family! I’ve even seen other sets of twins with similar behavior. An easy way to follow around the little explorer.

And even though there is a possibility this can change as your twins get older, it is not something to lose your sleep over.

I believe that moms, in general, are highly adaptable and flexible. When one strategy stops working, we figure out another one very fast.

This is true to a point.

Even currently my boys are fighting some sort of a cold. Both in a very different manner, however.

What starts as fevers and sleepless nights with one of the twins, “only” ends up as cold and cough with the other.

Every child is different. Even twins.

Their immune systems develop on their own terms. So even if one gets sick, there is a chance the other one stays intact.

In case you only want two children, you are all done.

To be honest I did not enjoy being pregnant whatsoever. But I still like to think that one day we will have more children, preferably twins again. Yes, you heard me right. I honestly can’t imagine not having two at once anymore.

Having a best friend forever

Once your twins get older, you’ll love watching them engage with each other.

And because they are used to always having a sibling around, the jealousy and competition might not be as strong as with having older children.

Your twins will share everything, always have a playmate, stand-up for each other and yes, even get in trouble together.

And the good thing is, that for now, we haven’t noticed any animosity between our twins. Yes, they sometimes fight about a toy, but there is nothing malicious about that (they go after the toy, not each other).

Many older twins share their stories of almost supernatural connection even when they live far away. It is simply something beyond our understanding.

Twins are a conversation starter

For some reason, people are drawn to twins.

I used to feel really uncomfortable with all the attention we were getting whenever we stepped out the door.

But you would be surprised how common twins are.

I never realized this.

All of a sudden random strangers will start sharing their twin stories with you. You will get to meet many adults twins. Their stories are always captivating and encouraging.

In addition, when entering a new environment, it is always super easy to engage in conversation with other moms and dads. They all seem to be interested and even amazed by parents raising twins.

Sharing is a must

Even though children don’t completely grasp the concept of sharing until about kindergarten, when you have twins, they have no other choice.

Our boys have to share one Tonka truck whether they like it or not. There is no way we would have room for two of those in our house!

It is a good practice to make sure there are alternative choices to some of your twins’ favorite toys. But many are simply “sharing toys”.

The sooner they learn, the easier their lives will be.

I couldn’t truly grasp the concept of motherly love until I had my boys.

Twins can be very different from each other in many ways.

But one thing our twins have in common is that they both love to show their affection.

Your house will hardly ever be quiet again and it is great. The more the merrier, right?

People cut you slack for many things

Being late somewhere? No worries, people understand. You have twins, of course!

Is your kid having a meltdown in a store? People don’t mind as much since they see you have to deal with two of them.

Not breastfeeding, not co-sleeping, etc.? People seem to be more understanding because you have two babies at once.

We all have strong opinions about one matter or another. But people’s attitude seems to change quickly once they realize you are raising twins.

Of course, there are families who have to deal with more issues than others. But hopefully, you find encouragement in our story. Not everything has to be necessarily negative or hard when it comes to having twins.

So if you are a new mom of twins or a mom-to-be, keep calm. You will be surprised how the things will work out for you.

And one day, just like me, you will probably wish for another set of twins!

11 thoughts on “Expecting Twins? Overcome These 6 Common Worries And Embrace the Benefits Today”

Hi! I am Kristina

Welcome to my site full of educational printables and activities for young children. You'll find free printable worksheets, coloring pages, and seasonal activities here on Planes & Balloons. I am so happy you're here and I hope you stay a while. Read more or find me on Pinterest! 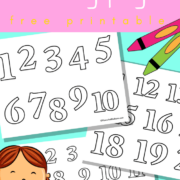 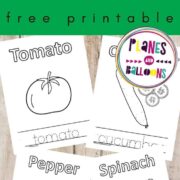 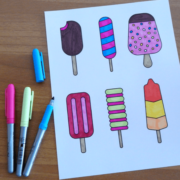 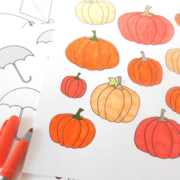 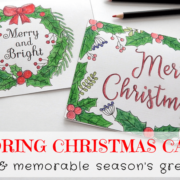 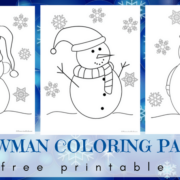